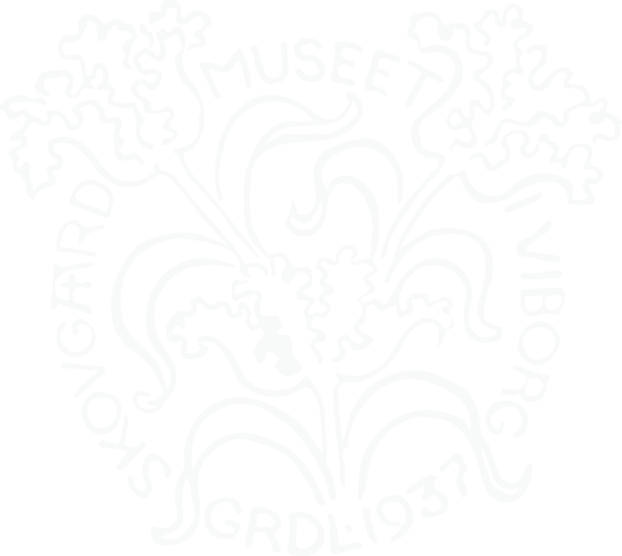 The Skovgaard Museum is the only art museum in Denmark, which is dedicated to the artistic heritage of one family - the Skovgaard family. It is housed in a landmark heritage building, in the old 18th century town hall, right in the very heart of Viborg. Here, right next to Viborg Cathedral, works by four generations of the Skovgaard family and their contemporaries are displayed alongside related contemporary artworks.

Between 1901 and 1906, Joakim Skovgaard, along with a number of assistants, decorated the walls and vaults of the cathedral with 51 frescoes. He returned in 1912 to 1913, in order to add a new ceiling decoration, this time using oil paint on wood, replacing Lund's original ceiling. The result was the most comprehensive architectural decoration ever created in Denmark, an extraordinary and innovative artistic feat that to this day stands as one of the masterpieces of Danish art.

The collection
In 1937 the museum opened just across from the cathedral, in the building adjacent to the current museum building. Over the years, the museum has been housed in different buildings, but always in close proximity of the cathedral. The collection has grown over the years through continuing donations from the family as well as acquisitions made by the museum itself. Today it includes not only works by the Skovgaard family of artists, but also their contemporaries and others, together making the collection a rich representation of danish art and crafts from around 1830-1960. Of particular note is the collection of furniture, ceramics and silverware by Thorvald Bindesbøll, one of Denmark's first great designers, who was a close friend and partner to Joakim Skovgaard.

The family artist's
Joakim Skovgaard's father, Peter Christian Skovgaard, known as P. C. Skovgaard (1817-1875), is one of the master landscape painters from what is called the Golden Age of Danish painting (1800-1850). He represents a generation of painters who depicted a nationalist and romantic version of the Danish landscape. A selection of his works are displayed in the upper floor of the museum.

P.C. Skovgaard was married to Georgia Schouw (1828-1868). Together they had three children, who would all become artists. Their sons Joakim (1856-1933) and Niels (1858-1938) produced landscape paintings like their father, but they were also at the forefront of the breakthrough to symbolism and a new interpretation of motifs from the Bible as well as Nordic mythology. Their works may be seen on the lower floor of the Skovgaard Museum. Their younger sister Susette (1863-1937) was also a painter and ceramicist. Many of the three Skovgaard siblings' children also pursued artistic careers.

The old town hall
The Skovgaard Museum is situated in Viborg's old town hall from 1728, built by the German architect Claus Stallknecht, who also rebuilt the cathedral after the great fire of 1726. The building and its different rooms have served various purposes over the years, as ball room, bank, court room, military hospital and many more. Where the rest room is situated today, prisoners were held captive while awaiting trial, the iron rings are still attached to the walls. The front door still has the original lock from 1729, and you may ask to see the large key used to lock it.

The museum garden
Behind the museum is a small garden with a fountain and flowers. You can enjoy your lunch at the tables under the trees or buy ice cream, coffee or cake in the café, which is open during the summer holiday.

History of the museum
The story behind the Skovgaard Museum begins with the decoration of Viborg Cathedral. In 1726 a fire destroyed large parts of the town, including the cathedral, which was then rebuilt by the architect Claus Stallknecht. Stallknecht's cathedral was demolished in 1863 and reconstructed in a medieval, romanesque style, completed in 1876. The Danish artist F.C. Lund decorated the ceiling of the central nave in the mid-1870's, but after only a couple of decades the town of Viborg wanted an additional decoration of the walls and vaults. The artist Joakim Skovgaard, who as a young art student had assisted F.C. Lund in his work with the cathedral, was commissioned to create a new decoration.
Practical information

Parking at the square in front of the Cathedral for cars and busses. Direct trains from Aarhus every half hour. It is a 10 minute walk from Viborg station to the museum via the pedestrian street.